A dapper businessman — who is in all likelihood leading a double life — hooks up with some tattooed & tank-topped shirt-******g rough trade at the No-Tell Motel in this homoerotic artwork by Kent Neffendorf. Imma tell my kids this is Steve Rogers & Bucky Barnes on an alternate timeline. 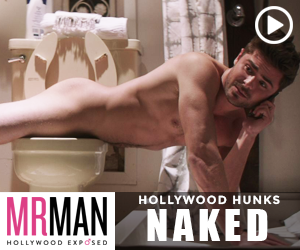