The top ten nude scenes of 2019 are here, many of them are queer, but oh baby we’ll never get used to it. These are the shocking scenes that rocked 2019. We’re talking everything from Zac Efron’s head-turning serial killer cavity search in his role as Ted Bundy, to the twenty-one flopping high school locker room penises that new star Jacob Elordi can’t keep his eyes off of in Euphoria. We’ll miss ya, twenty-ninePEEN!

Superstar Orlando Bloom graduated from nude paddle boarding with Katy Perry to showing his ageless ass on the new series Carnival Row during a wild sex scene with Cara Delevingne.

Audiences fell hard for Nick Clifford in 2019. This truly adorable actor has all-American good looks, and gave us a good look at his untrimmed package during this lengthy full frontal scene.

Disney alum Zac Efron brought his beefy body to the role of Ted Bundy, and wasn’t afraid to strip nude for a prison cavity search — giving us a great look at his super sculpted butt in the process. Just like this prison guard, let’s give Zac a hand!

6) Michael Luwoye in She’s Gotta Have It

For this Spike Lee joint, Michael so convincingly thrusts his ripped ass during sex that it’s hard to believe he’s not really doing it!

In this groundbreaking series creator O’Connell takes cues from his real life by playing a gay man thriving with cerebral palsy. In one extremely realistic gay sex scene, a prostitute played by Alvarez coaches O’Connell through his first bottoming experience.

3) Charlie Barnett and Murray Bartlett in Tales of the City

Is it any surprise that this infamous scene is the hottest of the year? The new gold standard for high school locker room scenes features twenty-one amazing penises, which 2019 breakout hunk Jacob Elordi can’t keep his eyes off of. Don’t blame ya gurl! 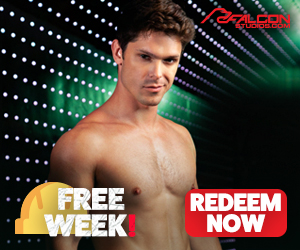