The boys over at CW’s teen sex party Riverdale were getting dat tale in the third season’s twelfth episode, titled “Bizarrodale.” But there’s nothing bizarro about all of the gay spit-swapping that happened between Casey Cott and daddy-in-training Cody Kearsley! The two get down to biznasty FIVE different times in the episode, eclipsing the new shirtless scenes from Charles Melton and Cole Sprouse in sexiness, substance, and quite frankly artistry.

K.J. Apa‘s t**s were noticeably absent from Bizarrodale, but if the 5x pairing of Cody’s tongue and Casey’s throat doesn’t do it for you, you might be beyond saving. Check out some of the hottest moments here and let us know if a River runs through your underwear. Rite, ladies?

It's snack time for Luis Ocasio
Michael Yerger at the beach in a little black speedo looking hot as fuck
Happy Thanksgiving!
Michael Yerger's morning rituals on a #TowelTuesday
#TowelTuesday -- James Huntsman dries off after a shower
Mexican Nick Jonas Nude and Parker Sawyers’ Cum Shot!
Featured Naked Flick of The Week: Life Like
Birthday Nudes Extravaganza With Cheyenne, Milo, 50 Cent, and More!
354 New Penis Scenes and Noah Centineo!
Josh gasps, “Fuck, your dick is so good!”
Good sports
Hunnam, Hoult, and MacKay Aren’t NOT Gay In Kelly Gang!
#FullFrontalFriday -- Jerome Exupery wants to break him off a piece of Ethan O'Pry
Sculpted model Dan Khan having his morning coffee on #TowelTuesday by Cosmos Journal
Trick or treat? It's the witching hour! 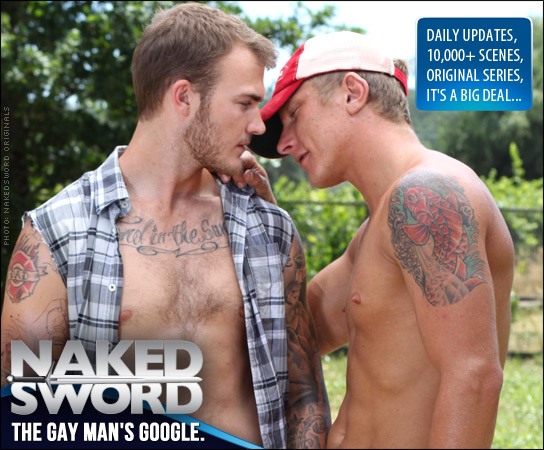